Copper Trading and the Economic Outlook

Copper is one of the most widely used metals in the world since the discovery of electricity by Benjamin Franklin in 1752. The metal, also known as Dr. Copper, has widespread applications in various industries such as electrical products, building industry, transportation, and many more. Many market analysts regard copper prices as a leading indicator of the global economy’s outlook.

Copper prices have risen significantly in the past 2-3 years. The price rise was mainly due to highly bullish demand with the world expecting a recovery from the pandemic. This price rally was observed in almost all metals and energy products around the world. However, recent months have brought this copper rally to a halt with many issues existing from the supply and demand end. Before moving to copper price expectations and its future, let us understand copper as a metal first.

Copper is a reddish-gold coloured material denoted by the symbol Cu in the periodic table and has the atomic number 29. It is mainly found in hot sulphur solutions created in volcanic regions. The majority of the world’s copper (around 80%) is found in Chile, Indonesia, the USA, Australia, and Canada. Extraction and mining of copper is an extremely difficult process with most of it found in low-grade ores. This is why 1/3 of the copper consumed in most industrial countries is recycled from scrap.

Copper has many properties such as malleability, ductility, an extremely good conductor of heat and electricity, and corrosion resistance that makes it highly important. Due to its multiple properties, copper is one of the most widely used metals in the world. From the coins you use to the electrical wires at your home, everything is made of copper. It has applications in various industries such as electrical products, the building industry, transportation, and many more.

Global prices of copper have risen significantly in the past 2-3 years. Prices of copper reached an all-time high of around $10,500 a tonne in May 2021. Such a huge rise in copper prices was last seen in the commodity supercycle of 2011. The rise was partly due to the resumption of economic activities and huge stimulus packages that involved high infrastructure spending. With the backdrop of recovery from the pandemic, demand was on a constant rise. On the other hand, supply continued to remain a concern with issues such as worker strikes and the risk of COVID in South American nations. The rise in demand and fall in supply contributed to this copper price rise. Most of the commodity traders were extremely bullish on copper, with some claiming it to be the “new oil”. Some expected copper prices to rise to $25,000 a tonne by 2025.

However, a lot of events have taken place since then. The prices of copper have cooled off to $9,000-$9,500 a tonne in 2022. Various global events such as the Russia-Ukraine war, increase in interest rates by the US Federal Reserve, and the rising COVID cases in China have led to the fall in copper prices. Copper is primarily used in non-discretionary items such as cards and air conditioners. Rising interest rates would force consumers to lower their spending on non-discretionary items and focus only on essential expenditures. Inflation is at an all-time high and central banks around the world are looking to raise interest to bring it back under control. This does not bode well for copper due to the potential for lower demand. 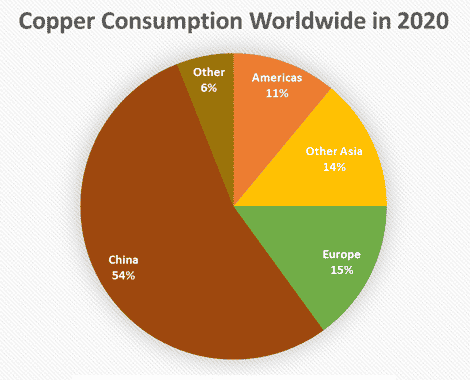 At a time when countries around the world were plagued with COVID and lockdowns, economic activities were highly prevalent in China with low cases. However, things have not been well for China in 2022. While all countries around the world are recovering from the pandemic, China has seen an unprecedented resurgence in COVID cases. This new wave is being described as being even worse than the outbreak in Wuhan in 2019. As a result, the Chinese government has imposed lockdowns on various cities along with other stringent restrictions including flight curtailments. These new rules have brought economic activity to a halt. As China is one of the major manufacturers and exporters in the world, these restrictions have already had a negative impact on global trade and supply of goods.

China accounts for 54% of the world’s copper consumption. It is also the 3rd largest producer of copper in the world. As a result, economic conditions in the Chinese economy have major implications on copper prices. When COVID cases started rising again, initially analysts and traders were yet bullish on copper prices. This was due to the previous success of the Chinese government in bringing COVID under control in August 2021 when delta-variant was spreading like wildfire. However, the government was unable to replicate the same amount of success this time. The situation has been prolonged for 3-4 months now, and things are not looking good. The lockdown conditions in China have halted production of copper mining along with a reduction in domestic demand. Due to pressure from both demand and supply, copper has lost all of its gains with potential for losses looming.

Still, things look good in the medium term with expectations of a reduction in cases and easing of lockdowns. The pick-up in demand will largely depend on stimulus and investments in copper-intensive sectors by the Chinese government. The China State Grid set a record budget of 500 billion+ yuan on power infrastructure this year. Almost half of China’s copper demand comes from this industry. The current COVID situation has created doubts about this stimulus spending with more focus on health initiatives.

Copper futures contracts are used by various parties such as commodity traders, miners, distributors, corporations, and many others. Traders may use it for speculation, i.e. making profits. On the other hand, traders and distributors also use it for hedging to lock in their profits or limit their losses.

Copper futures were on an uptrend in 2021 with the removal of lockdowns and resumption of economic activities around the world. Additionally, governments around the world were declaring record high stimulus packages with huge infrastructure spending. Due to such high demand, copper prices rose above an all-time high of around $10,500 a tonne in May 2021. Since then, many global events such as the Russia-Ukraine war, increase in interest rates by the US Federal Reserve, and the rising COVID cases in China have led to the fall in copper prices. Traders are liquidating their long positions on copper due to a shortage of funds and supply-demand-related concerns. As a result, copper prices plunged to below $9,000 a tonne in May 2022 for the first time since October.

Currently, Copper futures are on a downtrend with expectations of prices declining further. There is a lot of uncertainty in the short and medium-term. However, copper prices are expected to rise in the long-term scenario.

The Role of Copper in a Green Future

Climate is one of the biggest concerns in the world right now. Increasing temperatures, melting of glaciers, and various other environmental concerns have forced us to rethink how we utilise our resources. As a result, governments around the world are planning for a green revolution by setting targets for becoming carbon-free and shifting towards renewable sources of energy.

Copper will play a crucial role in the green future where we shift to renewable sources such as solar, wind, and water. Being the single best conductor of heat and electricity, the demand for copper will boom in the coming years. There is a huge focus on electric cars. These cars are highly copper intensive in comparison to traditional cars, leading to high demand for copper. A typical petrol-powered car consists of 50 pounds of copper while an electric car generally consists of 184 pounds of copper. Renewable energy sources used to generate electricity typically require 4-5 times more copper than conventional energy sources. As we move toward a decarbonized world, we are replacing C (Carbon) in the periodic table with Cu (Copper).

How to keep the margins up 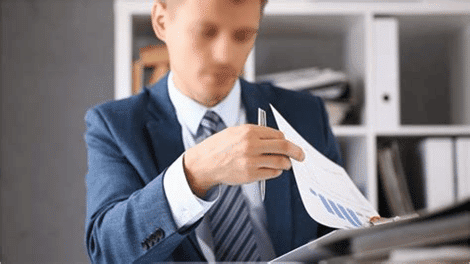 Trading in Copper futures along with other metals has become highly risky since the Nickel fiasco in March 2022. Russia controls 10% of the Nickel Supply. This supply was choked off with the advent of the Russia-Ukraine War. As a result, the nickel prices shot up from $30,000 to $100,000 per tonne on the London Metal Exchange (LME) within just 2 days. The LME eventually intervened and stopped trading of nickel to bring prices back under control.

Analysts at ING said: “The chaos in the nickel market has spilled uneasiness into other base metals. Elevated volatility in markets currently has made traders extremely cautious, at least until the LME restores market order and reopens nickel for trading. This has seen market liquidity draining out and some margin strapped traders have opted to sell other metals, which put some pressure on prices.”

It is extremely risky to attempt to predict the copper price and take trades without hedging a certain portion of it. Copper futures have become highly volatile with sharp spikes and sudden dips. Only a stabilisation in the global events and resumption of economic activities in China has the potential to bring copper back to its earlier levels. Many banks and other financial institutions have become cautious in their lending for copper trading due to the high risk associated with it. Obtaining finances has become expensive with rising interest rates. Economists around the world are predicting a global recession that was last seen in 2008. To keep margins under control, you should have a good amount of finances and be ready for all scenarios. The past 2-3 years have seen unprecedented prices and this trend is expected to continue for the coming period. As a result, it is very important to protect yourself as risk is at an all-time high.

Global events have escalated a lot in the past 2-3 years. This has brought an extremely high level of uncertainty to the entire world. Trading in copper and other metals has become extremely risky with margin calls getting triggered every now and then. The Nickel fiasco is a major example of this. All of these exceptional, risky events make it extremely crucial to have proper risk management systems that would protect you from extremities and reduce your financial risk.

With rising costs and volatility of mining and metallurgy products, it is vital for miners, smelters, traders, and refiners to have a system that covers everything from mining and processing to the final product. Comcore™ offers you tailor-made solutions that enable you to maximise profits while minimising financial risks.

Comcore™ interfaces directly with London Metal Exchange (LME), London Bullion Market Association (LBMA), Intercontinental Exchange (ICE), and the Chicago Mercantile Exchange (NYMEX). With a team of international experts in commodity trading, risk management, and mining & metallurgy, Comcore™ is the one-stop solution for all your mining and metallurgy needs.
The complete Comcore™ software is available in 108 languages.

Page load link
We use Cookies to enhance your user experience. If you continue to use our site your explicit consent is mandatory.
Settings
Go to Top