Blog: Financing the Oil Trade during Pandemic and War

Home » Blog: Financing the Oil Trade during Pandemic and War

Blog: Financing the Oil Trade during Pandemic and War

The Oil Industry has come under tremendous pressure in recent years due to various global crises such as the Pandemic and Russia-Ukraine War. Both of these events had a contrasting impact on the Oil Trade. Moving further, we will explore the impact of war and pandemic on oil prices and trading.

You can also download this article as PDF here

Impact of the Pandemic on Oil Trade

With the pandemic, global oil demand hit an all-time low due to a lack of economic activities. While oil demand was hitting record-breaking lows, supply remained at the same level, triggering a huge fall in oil prices. The pandemic was a historic moment for the oil trade prices with the WTI Crude Oil Futures plunging to a negative $37. This means that the seller of oil would pay the buyer $37 to take the oil out of their hands. Another reason behind the fall in oil prices was a price war between Russia and OPEC countries. Both countries were pricing their oil on the lower end to increase demand.

With supply outpacing demand by a huge margin, the oil industry was quickly running out of places to store the oil. Cushing, based out of Oklahoma, is one of the main delivery hubs for commercial storage of the WTI Crude Oil Futures Contract. Cushing is home to 90 million barrels of storage capacity with a network of 2 dozen pipelines and 15 storage terminals. At the time of the pandemic, Cushing was already 70% full with the remaining part committed.

WTI Futures requires buyers to take physical delivery of the oil barrels upon expiry of the Futures contract. With Cushing already reaching full capacity, buyers realised that they had no place to store the oil. As a result, the buyers started looking to sell their WTI Futures contract. However, it was difficult to find new buyers as supply was already high and there was no storage place available. This triggered a massive sell-off leading to -$37 for WTI Oil Futures. In order to match the declining demand, companies started cutting their oil production drastically. This resulted in the prices of oil returning back to positive and normal levels.

Impact of Russia-Ukraine War on Oil Trade and Inflation

The Russia-Ukraine War has resulted in a huge increase in oil prices from $85 to $130. To give context first, Russia stands at second position in the list of highest exporters of crude oil. With the advent of war, Russia was hit by economic sanctions from the USA, the EU, and several other countries. This resulted in a global fall in oil supply. Also, with the easing of pandemic restrictions and recovering global economic activities, the oil demand increased. Due to both increase in demand and a fall in supply, the price of WTI Crude Oil touched a high of $130.

Due to a rise in oil prices, global inflation is touching new heights. Economists and monetary authorities all over the world were planning to increase interest rates to combat the rising inflation which occurred as a result of the pandemic. With the ease of restrictions and increasing economic activity, this plan would have worked for them. However, the rise in oil prices has led to an increase in prices of transportation, ultimately resulting in higher prices of food products. This has contributed to a huge extent to the rise in inflation.

The Russia-Ukraine War has challenged global world economics with the reliance of countries on energy sources such as oil and gas. Currently, Russia is the 2nd highest exporter of oil and comes in the Top 10 list of oil producers. The entire European Union is highly reliant on Russia for its energy demands.

The sanctions put on Russia have put a tremendous price on the oil markets which were recovering from the pandemic. With the Russia-Ukraine war, many countries are unwilling to purchase oil from Russia due to humanitarian reasons or fearing that they may face a backlash. As a result, supply has reduced while demand is on an increasing trend. This has resulted in oil prices reaching a new high of $130. Oil is living up to its cognomen, Black Gold, as its prices are increasing and showing no mid- and long-term indication of falling.

Due to the Russia-Ukraine War, oil traders are facing huge challenges such as: Oil has become highly volatile in the past few months, making it very risky for traders looking for margins. Also, the prices are swinging in both directions, making it difficult for oil traders to predict future trends. In one month, the price of WTI oil went from $90 to $130. Also, it went from $125 to $95 in a week.

The Russia-Ukraine war came at a time when oil prices were rebounding and touching new highs due to controlled supply and increasing demand from the opening of economic activities. The price of oil shot up by 7% after it was reported that Europe was considering joining the US in an oil embargo and after rebels attacked Saudi Aramco facilities.

With increasing domestic demand along with rising export requirements for oil, the global oil market is facing a huge supply shortage. The war has resulted in a loss of Russian oil of 5 million barrels a day. Another reason behind the low supply is that Saudi Arabia, the second-highest producer of oil, is keeping supply under strict control to ensure that the prices of oil remain high and they can earn high profits. Saudi Arabia has remained silent on the Russia-Ukraine invasion and has not promised to export further oil to the market beyond its previous plans.

It is extremely difficult to predict the oil prices and take trades with hedging a certain portion of it. Oil Futures have become highly volatile with sharp spikes and sudden dips. There is a lot of global news making the rounds rendering the markets highly unpredictable. Any significant development or policy change can impact oil prices in a highly positive or negative manner easily. This would make an oil trader highly exposed if the trade does not go in their favour. Any news such as the end of the Russia-Ukraine war, increase in production by OPEC countries, or the lifting of sanctions on oil-exporting countries such as Venezuela, Russia, or Iran can lead to a huge sharp decline in oil prices. On the other hand, situations such as the prolonged Russia-Ukraine War along with oil demand outpacing supply by a huge margin can lead to a further increase in oil prices. There is a high level of global uncertainty which has a high correlation with oil prices.

Shipping and transportation costs for oil have risen exponentially post the Russia-Ukraine war. There are various reasons behind the high transportation costs such as war risk premiums for ships plying the Mediterranean region, highest bunker fuel costs, higher costs charged by ports, and a surge in oil exports. There is increasing demand for shipping oil from OPEC countries, especially Saudi Arabia, to the world. This has led to shipping companies in Saudi Arabia increasing shipping costs.

Recently, Saudi’s national shipping firm Bahri booked the Sea Splendour VLCC tanker for over $350,000 per day to ship Saudi crude oil to the U.S. Gulf, which is considered to be a possible record according to ship broker data. Post that, rates along that route have eased to $270,000. If there is increasing reliance on a single country for oil exports such as Saudi Arabia, the transportation cost on that trade route would increase significantly due to demand pressure.

With higher volatility among oil prices, Futures trading has become extremely risky with margin calls being hit more often. Banks and other traditional financial institutions, increasingly unwilling to finance companies and individual oil traders, are building up pressure on them to return the money. Oil traders and companies dealing in the commodities segment are looking beyond traditional means of financing to secure funding.

Trafigura Group, one of the world’s top oil and metals traders, recently held talks with various private equity groups to secure additional financing as soaring prices of oil is triggering giant margin calls across the commodities industry. Trafigura held talks with Blackstone Inc. for an investment of around $2 billion to $3 billion in preference shares or a similar hybrid instrument. Other means of financing that such companies are looking for include liquidating a portion of the company’s shares or selling convertible debt. To combat volatile prices and high margins, traders are resorting to options to reduce their exposure to a certain extent.

When all was assumed to return to normal, we are observing spikes in Covid cases along with the introduction of new variants in countries such as China and the UK. China, the global manufacturing hub of the world, has seen the number of Covid increase to a level even greater than the ones observed in the previous two years. This has already led to a decline in global trade, with volumes expected to decline further if the situation does not improve. In case of a major COVID spread around the world, we may again observe a decline in prices of oil due to lockdowns leading to lower economic activity and requirement of transportation modes. 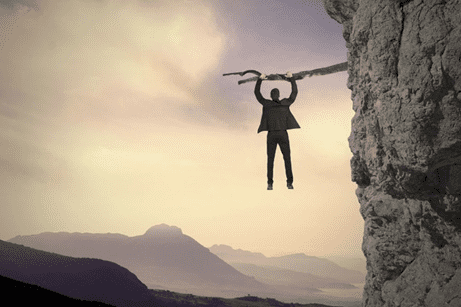 The increasing volatility of Oil Futures has emphasised the need to have proper risk management when it comes to dealing with derivatives and commodities such as oil.

In the current times, a smart investor would hedge a portion of his trade instead of speculating freely. The potential for a downfall is extremely high with oil prices moving from one level to another within days. Trading has become particularly risky for firms relying on leverage. The chance of a margin call being activated has increased significantly with fast movement in oil prices.

The demand for oil is going to increase further with the resumption of economic activities. But the Russia-Ukraine war has left a huge supply gap for global oil demand. As a result, the USA and other countries are looking at Venezuela, Iran, and others to fill these gaps. However, the results do not seem promising. Oil prices are expected to remain extremely volatile in the near term with only major developments on the supply side having the possibility to stabilise it. Proper databases and risk management systems will need to be implemented to mitigate risks and help secure financing.

With the CTRM solution Comcore™ you will have the perfect tools to maximise your profits by minimising your financial risks.

Instead of having to deal with paperwork, or maintaining, updating, and reviewing multiple spreadsheets, the Comcore™ system helps you streamline everything from trading futures and options to their underlying commodities (i.e., paper and physical markets).

The complete Comcore™ software is available in 108 languages.

Furthermore, ComFin Software is recognised for its ability to provide consulting services in all aspects of soft commodities trading.