The Rise of LNG

Home » The Rise of LNG

The Rise of LNG

Liquefied Natural Gas (LNG) is a valuable resource. With the high demand and a turbulent global economy in recent years, there’s much to dissect within the LNG market.

To learn more about the rise and current state of LNG in 2022, continue reading below.

Liquefied Natural Gas, or LNG for short, is a type of natural gas that’s been changed to a liquid form. It was transformed because natural gas is easier and safer to transport in its liquid state.

In this liquid form, natural gas takes up 1/600th of its original space. In other words, natural gas is shrunk 600 times, making it much easier to move and store the gas when pipeline transport isn’t an option.

Methane (CH4) is the main ingredient of LNG, although it also includes tiny quantities of ethane, propane, butane, and nitrogen.

How Does LNG Work?

As we touched upon earlier, LNG is mainly used to transport natural gas from one place to another. Exporters often turn to LNG when shipping to other countries and when transporting across bodies of water.

There are two main ways to liquefy natural gas. These are:

Although LNG is best thought of as a convenient way to transport gas, it has been gaining mainstream traction for other uses. For example, the automotive industry has begun looking at the usefulness of gas as fuel for specific combustion engines.

What Is the LNG Regasification Process?

As mentioned earlier, natural gas can be converted to liquefied natural gas for easy transport. When it reaches its destination, it can be turned back into its original gaseous state through the process of regasification.

Where in the LNG Value Chain Does Regasification Happen?

The regasification process often – but not always – occurs at big import terminals where LNG carriers drop their cargo. Other times, the LNG can be transported further by truck, smaller ships, or by train and then regasified closer to the consumers.

How Does Regasification Happen?

At the regasification plant, a heat exchanger with seawater will be used. This will serve as the heat medium that helps heat up the natural gas to change it from its liquid state back to its gaseous state. Air vaporizers may also be used to push air through heat exchangers and vaporise the LNG. During times of high demand, the regasification may be sped up with the help of underwater burners.

What Infrastructure Is Involved in Regasification?

Typically, regasification would take place on an on-shore facility; however, floating regasification solutions are becoming increasingly prevalent these days.

The US Energy Information Administration (US EIA) stated that the natural gas prices remained relatively high throughout 2022 because of lower-than-normal natural gas inventories due to several factors that affected both supply and demand. Natural gas spot prices at the U.S. Henry Hub benchmark in Louisiana were at an average price of over eight dollars per million British thermal units back in May 2022.

U.S. exports of LNG have also remained high, partly due to the ongoing combat in the Ukraine.

Who Are the Main Importers and Exporters of LNG?

In 2021, the world’s largest exporter of LNG was Australia, with an export volume of over 100 billion cubic metres. At the same time, Qatar ranked second. 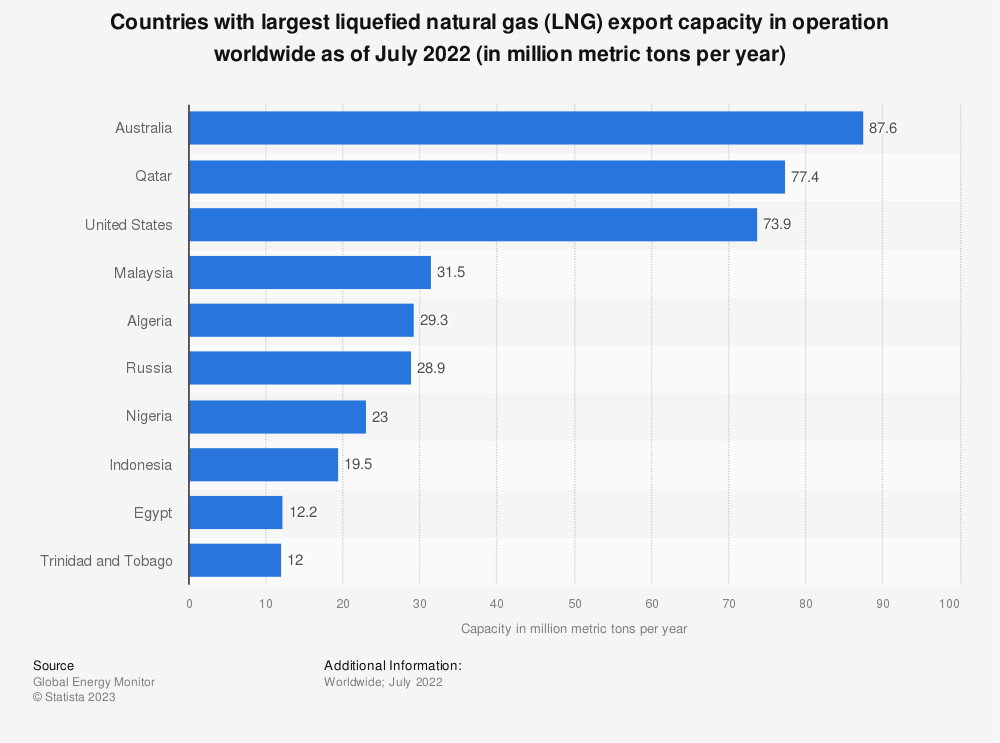 The LNG Market During the Russian-Ukrainian Crisis

During the Russian-Ukrainian Crisis of 2022, Al Jazeera reported that it had been a common occurrence for LNG vessels to queue up outside European import terminals as they chase the premium market for LNG in 2022.

These vessels have the incentive to hold their positions, as colder weather nearing the end of each year tends to increase energy demand and drive up prices.

The number of LNG tankers in European waters has doubled in the months just before the winter.

What Is Boil-off Gas?

Since natural gas is a by-product of oil exploration and processing, it has a lower density compared to traditional fuels. This makes it more difficult to transport.

As we’ve discussed, liquefying the natural gas makes it easier, safer, and more cost-efficient to transport gas across vast distances where pipelines aren’t available or viable. LNG is usually stored and transported in tanks and is loaded on vessels.

Although these tanks are insulated, a small amount of warming can’t be prevented. This warming causes the LNG cargo to evaporate when it reaches its natural boiling point. This natural and unavoidable evaporation process is known as boil-off and results in the generation of boil-off gas. This gas needs to be removed to preserve the tank’s pressure.

Several sources may cause or create the warming that’s responsible for the formation of boil-off gas. These sources include:

To recap, we’ve discussed what LNG is, what it’s used for, the processes involved in the supply chain, as well as the current state of LNG in 2022.

To learn more, check out the other articles on our website. And for a cutting-edge CTRM system that fully supports the LNG specifics, contact us today to book a free demo of Comcore.

Since 1997, ComFin Software has been trusted as a global leader for affordable, comprehensive, and agile financial risk management software solutions – categorised as CTRM (Commodity Trading and Risk Management). ComFin Software has helped companies across the globe to minimise their exposure to volatile markets by arming them with the knowledge, resources, and administrative processes they need to perform commodity trading successfully.

With the CTRM solution Comcore™ you will have the perfect tools to maximise your profits by minimising your financial risks.

Tired of dealing with paperwork, or maintaining, updating, and reviewing multiple spreadsheets? The Comcore™ system helps you streamline everything from trading futures and options to their underlying commodities (paper and physical markets).

The complete Comcore™ software is available in 108 languages.

For detailed information go to www.comfinsoftware.com